Derived from the Latin word ros ‘dew’ and marinus ‘sea’, Rosemary (Rosmarinus officinalis) means ‘dew of the sea’. It is a perennial herb grown in many parts of the world for its multiple medicinal, aromatic and cosmetic properties.

Archaeologists and anthropologists have found evidence that rosemary herbs were used for medicinal, culinary, and cosmetic purposes in ancient Egypt, China, Mesopotamia, and India. In ancient Rome and Greece, rosemary was believed to strengthen the memory which accounts for it being known as the herb of remembrance and fidelity. Rosemary was also an essential part of the apothecary’s repertoire during the Renaissance period. Elizabethan sweethearts carried a twig of rosemary and is still used in bridal bouquets in England and Germany until today. The leaf of rosemary is an indispensable flavoring agent and spice of the French, Italian and Spanish cuisine.

The plant is very rich in polyphenols and flavonoids. These have with high antioxidant properties and are used for problems involving the central nervous system, cardio vascular system, liver treatments, and respiratory systems among many others. Rosemary leaves have been traditionally used to treat a variety of conditions including dyspepsia, headache and nervous tension.

Based on obtained scientific results, volatiles from the plant induced apoptosis at cytotoxic concentrations and indicate that consumption of the natural compounds might be valuable in the prevention of lifestyle diseases.

Rosemary oil is obtained by steam distillation of the fresh leaves and flowering tops of the plant. It is a colorless to pale yellow liquid having the characteristic odor of the herb and camphoraceous taste. The volatile oil consists of borneol, camphene, bornyl acetate, cineol, pinene and camphor.

The market demand of the plant is growing, as it is used in several commercially available products in the cosmetics and medical industry.

Externally, it can be used to treat bites, stings.

In aromatherapy, the essential oil is used as a decongestant and as an inhalant for exhaustion, headaches, loss of concentration, and memory loss. It also has a reviving effect when tired or lethargic. The essential oil also improves the blood-circulation of the limbs, has anti-rheumatic effect and relieves neuralgic pains.

Besides its therapeutic application, the essential oil is also widely utilized in the cosmetic industry. The oil is infused in creams, ointments, cologne waters, bathing essences, shampoos, and soaps.

Disclosure: We independently research, test, and only recommend materials that we truly feel will deliver value to you. When you buy through our links, we may earn an affiliate commission. As an Amazon Associate, we earn from qualifying purchases. Learn more.

Results of relevant studies show that there are biologically active compounds in rosemary essential oils that exhibit cytotoxic, antioxidant, anti-carcinogenic and cognition-enhancing properties depending on their type and concentration. They also have the potential to influence glucose levels in diabetic patients and enhance bone resorption.

One of the known benefits of rosemary oil is its capability to enhance micro-capillary perfusion (circulation). Along with cedarwood, thyme, and lavender; rosemary oil helps promote hair growth even in patients with alopecia and prevent dandruff.

Studies have investigated the clinical efficacy of rosemary oil in the treatment of androgenetic alopecia (AGA) and compare its effects with minoxidil 2%. Patients with AGA were randomly assigned to rosemary oil (n = 50) or minoxidil 2% (n = 50) for a period of 6 months.

The frequency of scalp itching at the 3- and 6-month trial points was significantly higher compared with baseline in both groups (P <.05). Scalp itching, however, was more frequent in the minoxidil group at both assessed endpoints (P <.05). The findings of the present trial provided evidence with respect to the efficacy of rosemary oil in the treatment of AGA.

An herbal hair treatment composition for controlling dandruff comprises of a cosmetically acceptable carrier and a vegetable oil extract of sage, Indian hemp, and rosemary.

We recommend the essential oil recipes & blends in the following publications (the links will lead you to the Amazon website):

In a clinical study to assess the olfactory impact of rosemary oil on cognitive performance; EEG activity, alertness, concentration, memory, and mood were assessed in 40 adults given 3 minutes of aromatherapy using rosemary. The group showed decreased frontal alpha and beta power, suggesting increased alertness. They also had lower state anxiety scores, reported feeling more relaxed, alert, and they were faster at completing the math computations after the aromatherapy session.

Benefits of Rosemary Oil on the Body

Administration of rosemary oil, both by inhalation and by oral route, can promote respiratory and locomotor activity. Use of rosemary oil in baths is reported to invigorate the skin and improve circulation. In a massage, it can stimulate the lympathic system, aiding detox and treatment of cellulite and water retention. Its warming effect is great for loosening sore muscles before and after exercise.

Rosemary oil is also used in massage oils and lotions for arthritis, joint pain, muscular pain, neuralgia (severe pain that occurs along a damaged nerve), revitalizing paralyzed limbs, rheumatism, rheumatoid arthritis, sciatica (pain affecting the back, hip, and outer side of the leg, caused by compression of a spinal nerve root in the lower back, often owing to degeneration of an intervertebral disk).

We recommend the essential oil massage recipes & blends in the following publications (the links will lead you to the Amazon website):

The problem of yeast/fungal infection (oral candidiasis) in immuno-compromised patients and following the use of drugs such as broad-spectrum antibiotics, corticosteroids and cytotoxic drugs which may not respond to the commonly used remedies such as nystatin. Rosemary oil has been shown to remarkably inhibit the growth of infection. It has been reported that when an aqueous emulsion of rosemary oil in water (1:10) is applied with a cotton swab in the mouth, five times a day, of patients with different types of cancer and pneumonia having candidiasis which did not respond to treatment with nystatin, the growth of the yeast disappeared completely in 2-4 days.

It is well established that the increased formation of oxygen free radicals may cause tissue damage and degeneration and hence may play a role in the pathogenesis of some diseases and acceleration of ageing process.

Evidence suggests that maintaining high intakes of antioxidants such as vitamin E,  vitamin C and some types of food constituents may help to protect against life-threatening diseases such as heart disease and cancer. Abundant antioxidant help reduce inflammation and prevent oxidative damage that leads to premature aging.

The accumulated evidence supports that rosemary is one of the important antioxidants which are commonly used in various folk medicine and as a beverage drink. It inhibits lipid peroxidation and prevents carcinogen-DNA adduct formation. Increasing utilization of this plant, which has been shown to be safe in toxicity studies in animals and when added as antioxidant to food, can be achieved simply by adding it to food for flavouring and by taking it as a drink.

One of the most important constituents of rosemary are caffeic acid and its derivatives such as rosmarinic acid. These compounds have antioxidant effects. Rosmarinic acid is well absorbed from gastrointestinal tract and from the skin.

The essential oil of rosemary was the most active in healing diabetic wounds and provided a scientific evidence for the traditional use of this herb in wound treatment. It is also used for scrofulous sores, wounds, and rubbed into hair for stimulating the hair bulbs to renewed activity and to prevent premature baldness. Its astringent properties also makes it an excellent skin toner.

We recommend the essential oil recipes & blends for the skin in the following publications (the links will lead you to the Amazon website):

More recipes in Amazon’s selection of Essential Oils For Cats.

The Best At Home Microdermabrasion Machines (With Video Reviews!) The Best Glycolic Acid Lotions & Creams for the Face & Body

No votes so far! Be the first to rate this post. 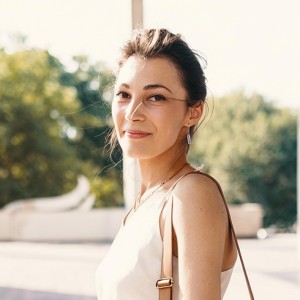 Samantha Welch
Samantha Welch is an esthetician and professional makeup artist. As a teen embattled with acne, her mission to have perfect skin has turned into a lifelong passion for skincare and beauty. In 2006, she co-founded HealthyBeautiful to create a space where she can share her experiences and channel her love for all things beauty. She believes that through education and resources, everyone can make informed choices that can change their lives.
PrevPreviousThe Best At Home Microdermabrasion Machines (With Video Reviews!)
NextThe Best Glycolic Acid Lotions & Creams for the Face & BodyNext

The Best of Beauty & Skincare

DISCLAIMER: All information on this website is intended for entertainment and educational purposes only. It is not a replacement or substitute for professional medical advice and/or treatment. Consult with your own doctor for information and advice on your specific questions.